After 6 months, I am finally able to sew again. I had to pack up my sewing room while we were fixing up our house to sell it and keep it in storage while we were selling. It actually sold to the very first person who looked at it, but until the deal is finished, you still show the house, so the process took many months.  It is exhausting to constantly be living in a showroom. I also completely underestimated how creepy it is to have strangers in your house when you are not there. I would see little stuff randomly moved around, lights left on or off, footprints in the carpet. Nothing dramatic, but still, people you don't know are touching your stuff. It has an ick factor for me.

We are now renting an apartment and are since it is no longer a showplace, I finally got my sewing machines out of storage and am focused on a new project - I am going to sew my wedding dress for our wedding in May.

I have been drooling over two different dresses.  This one, I found on the Vogue Patterns Facebook page. 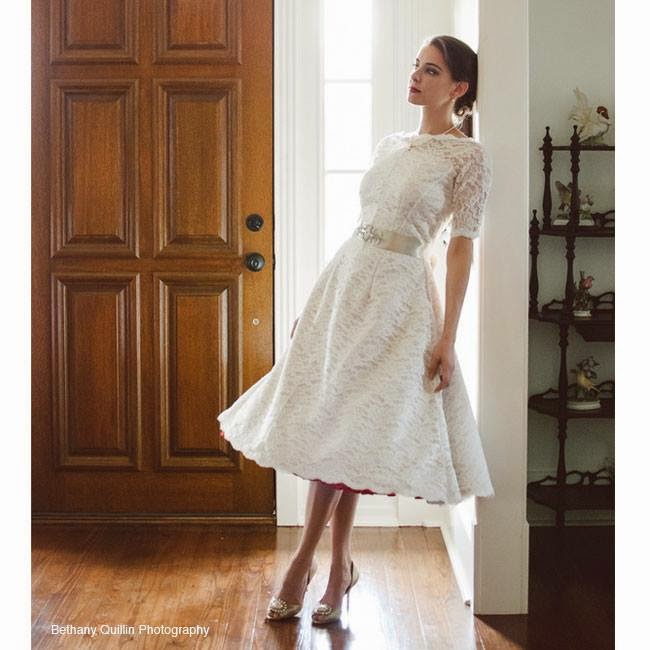 I love the champagne colored ribbon.  It really makes the dress.  It looks like there is a clasp at the front, which I think is a clever plan for not having to tie the ribbon by hand.  You can sew a perfect bow and then just attach it like a belt.  I am thinking I could add a little elastic to the sides of the knot under the bow, as well.  You can find a picture of the dress on Vogue's blog, as well. 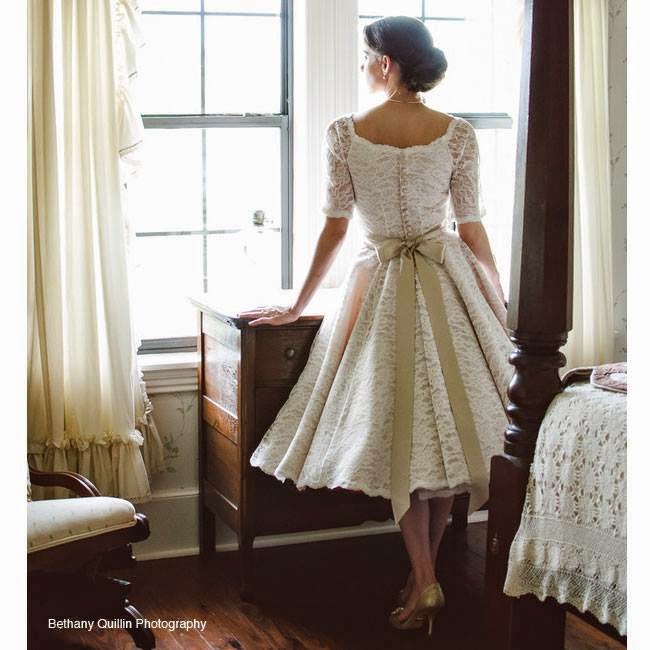 It is so pretty.  I love the lace sleeves and the buttons in the back.  Apparently, the person who sewed it used this pattern from Vintage Vogue V1084. 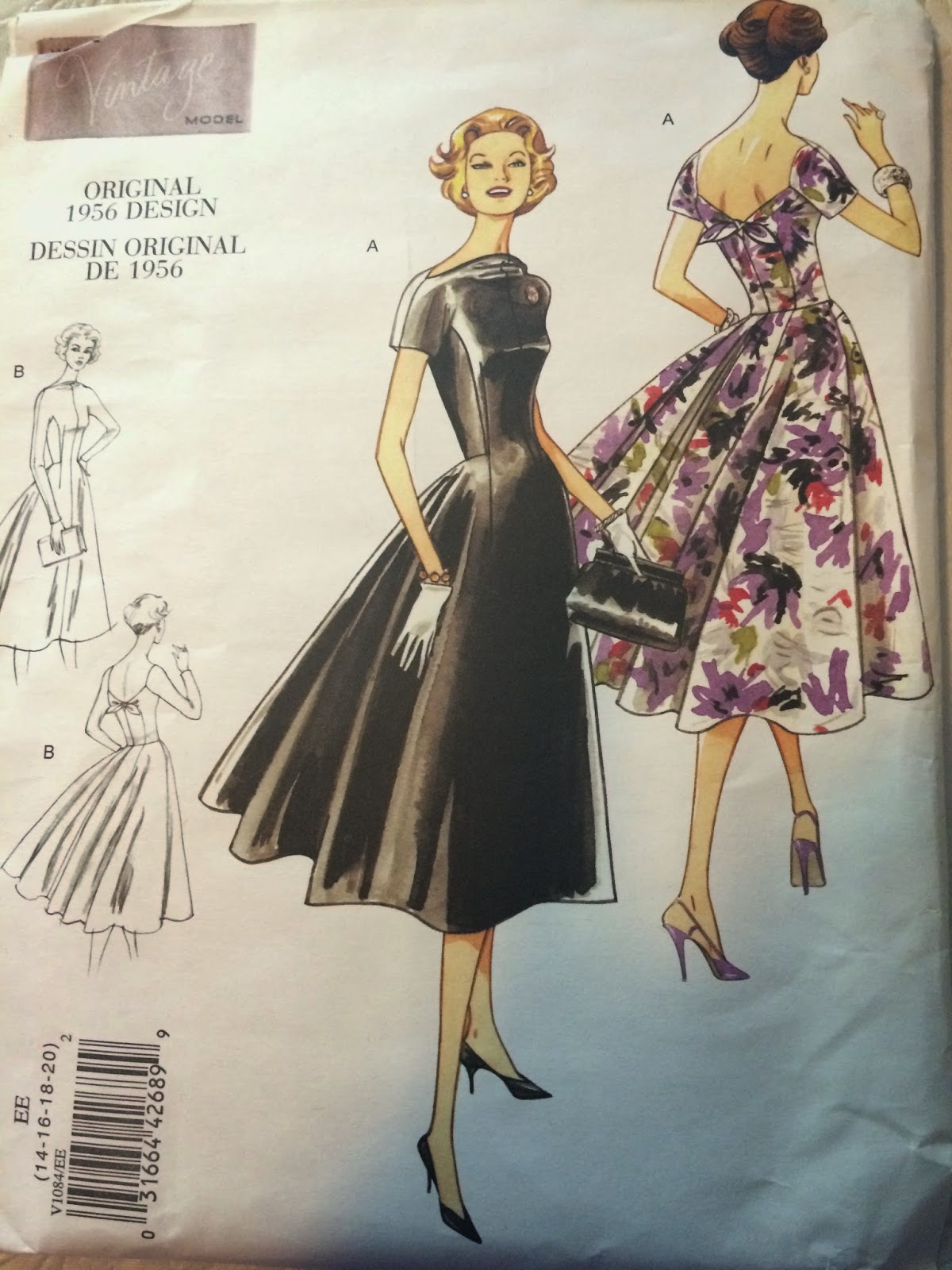 And I can't find it on a blog anywhere, but it looks like there have been some serious adjustments to the pattern.  The front neckline looks lowered, the back bow has been taken out and replaced with buttons and a slip underneath looks like it was made into a camisole and attached.

The next dress I saw online was this one from  BHLDN.  The price is listed at $1,300 (on sale!).  It is a way above my price range and that makes buying it not an option, but just look at it. 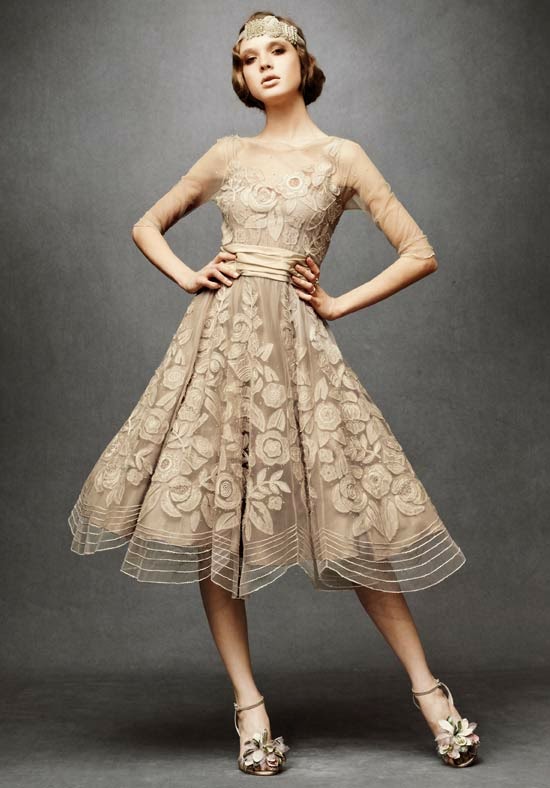 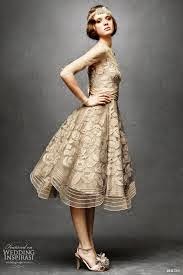 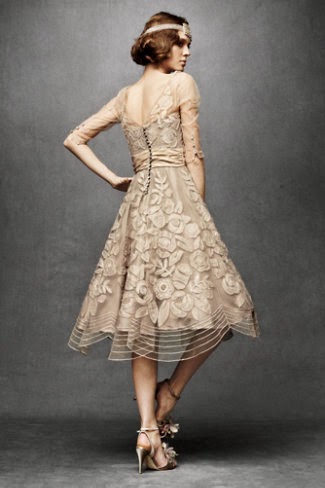 For the BHLDN dress, I think it is closer to V8766, which I have sewn twice - once in view C, (the strapless version) and once in view F, which I made from a stretch knit.  The advantage to using this pattern is that I would only have to add some narrow straps for the slip, then sew the other view in lace and combine them. 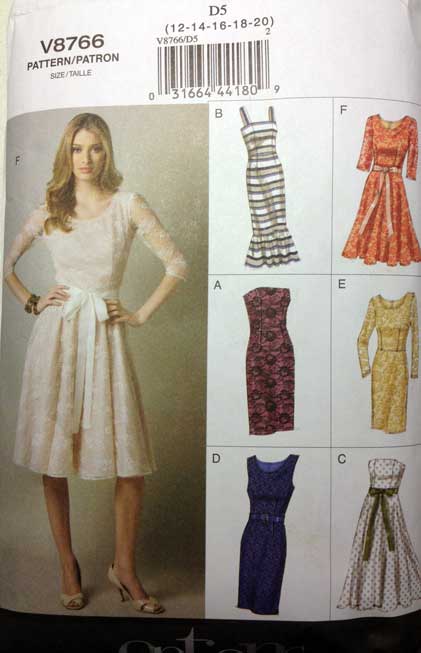 The BHDLN dress might also be close to B5748.  I have sewn view B before and was fairly happy with the results.  With this one, I'd  make some adjustments to the skirt, since a circle skirt won't work with the border on the lace. 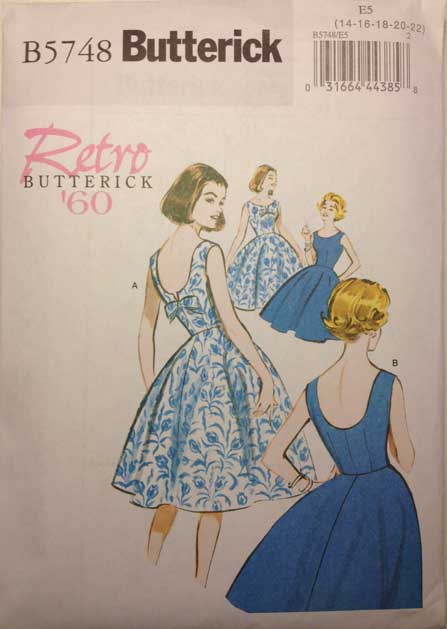 I bought seven yards of lace with a nice border. I also bought some champagne colored charmeuse for the slip.  It is so pretty in person, but the photo doesn't do it justice.  I don't normally spend very much on fabric, but I had to make an exception for the lace.  It was almost 30.00 a yard.  It seems very reasonable for this kind of lace, but way above what I usually spend. 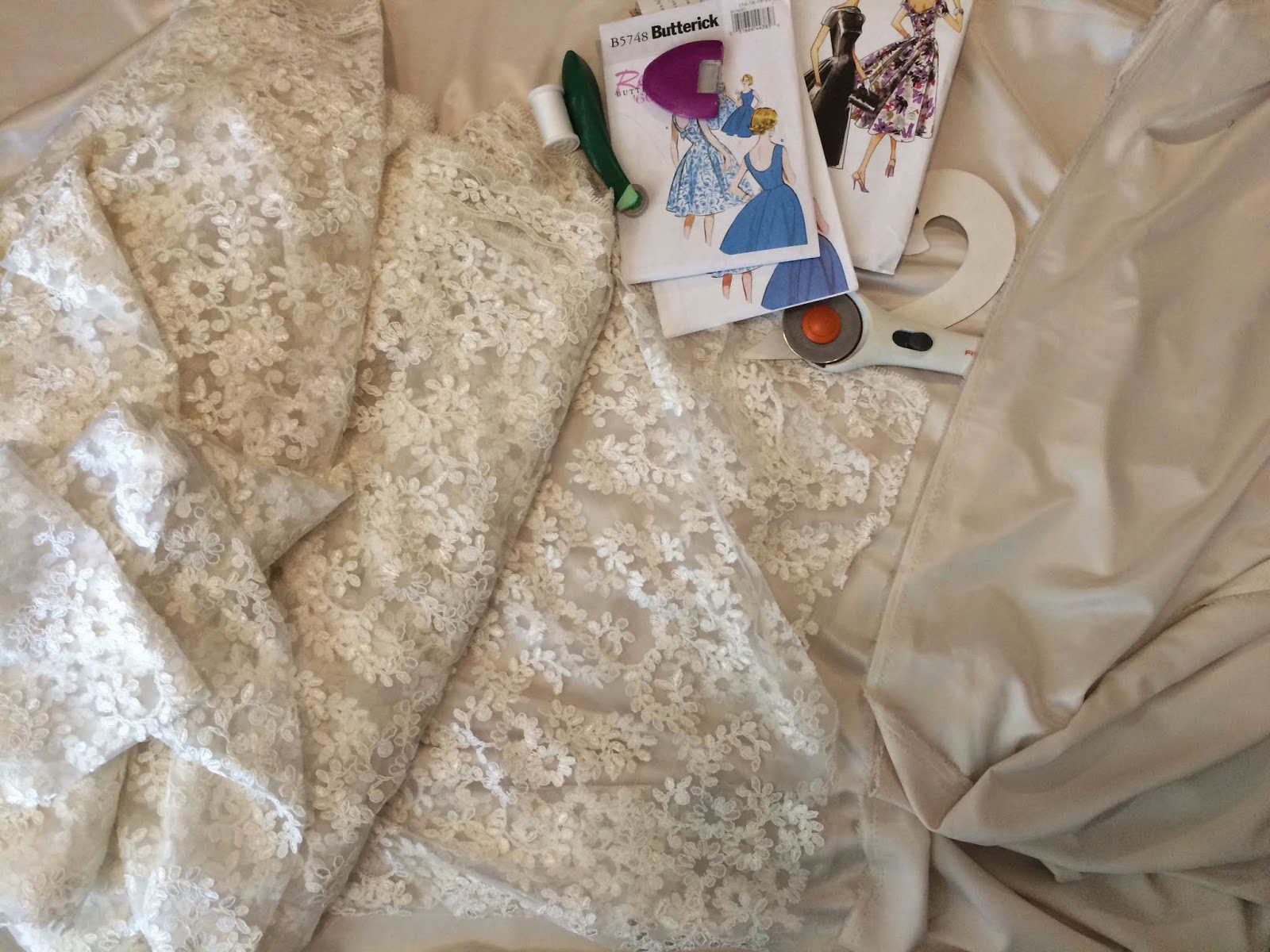 My next task is to make a trial dress in some much cheaper fabric. I don't want to cut into my nice fabric right away.  I have a couple of different options that I picked up on sale.  I can't decide which pattern I will start with - maybe it will be a combination of all three.  With any luck, I could end up with a nice cocktail dress.  To be continued...
Posted by Cherie at 2:25 PM