So, you make a really tailored (read: tight-fitting) dress for your Craftsy class Couture Dress.  And you hand-sew EVERYTHING in this puppy, including the lovely lapped zipper. Then, instead of trying to pull it over your head like someone sensible, you try and step into it.  However, you have hips that say to the world: "I really, really like eating chocolate."

What happens?  You force the zipper teeth out of one side of the zipper and ruin it trying to squeeze your hips into it as if the dress were a glass slipper and you are a wicked stepsister.

I didn't want to take the zipper out and replace it, given all of the hand-sewing.   This what to do to fix it. 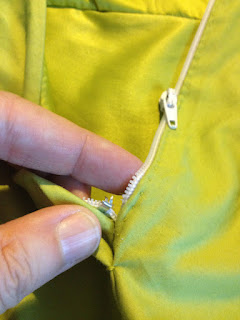 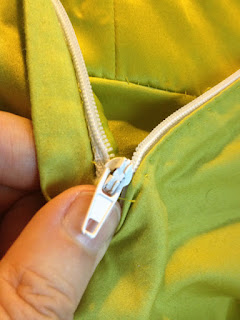 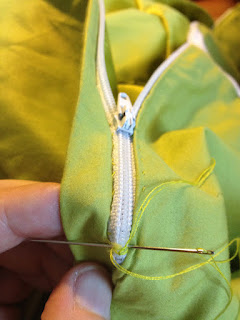