Fifty of them were from the 80's.... and they don't appeal to me.  I'll probably end up donating them.  Nobody needs to see that fashion from the 80's remade.

Here is a picture of a few of the patterns I am keeping. 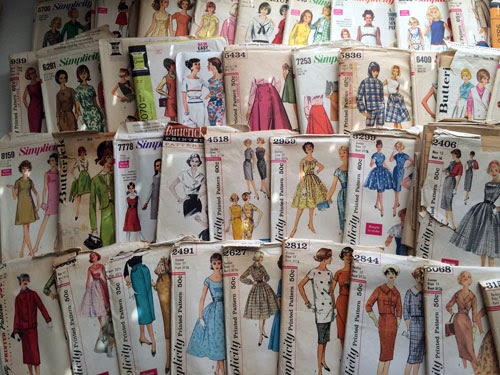 I have opened up a few of them and feel like I am getting to know the owner a little.  She really took care of her patterns.  They are folded perfectly if they were used.  Everything was put back with care.  There are even some sewing notes about who the dress was for and if they wanted anything different done.  Some aren't cut or used at all.  It makes me wonder what happened.  Did she change her mind?  Never find the right fabric?  Buy the wrong size?  Would she be happy that someone is using her patterns now?  I hope so.

I think she must have sewn for a family because there is a range of sizes.  There is everything from an 8 to a 16.  I saw some really great ones that are just a couple of sizes too small for me and I was really disappointed until I got an idea.  I recently purchased some pattern making and grading software called Wild Ginger Cameo 5.  I played around with it and used it to make a sample pattern and grade it.  I had some promising results. 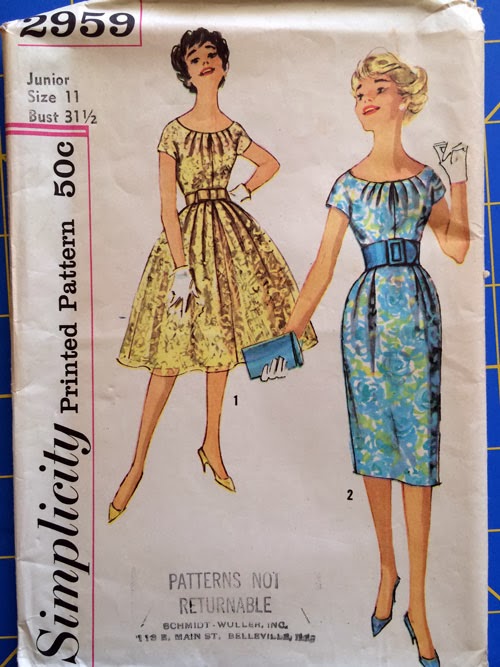 Next steps: take pictures of the pattern pieces, import them into the software and grade them to my size.
Posted by Cherie at 6:03 PM