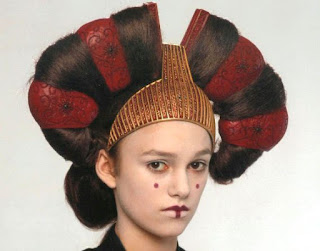 I decided to use polymer clay for the cage. It will look a little like metal, but is pretty easy to work with. 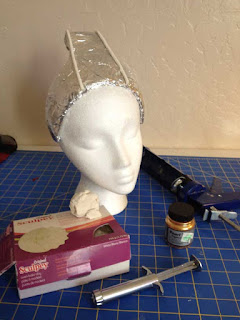 I kneaded the clay (I used Sculpey), then put it in an extruder with a small round shape.  Since it is REALLY hard to push the plunger on the extruder by hand, I used a caulking gun to help. 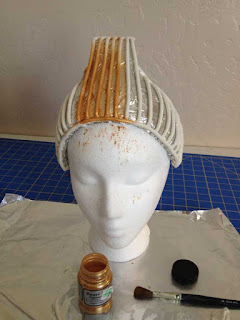 I covered the base with aluminum foil since I didn't know if the Sculpey would stick to the paper mache when it bakes.

Then, I extruded long snakes of the clay, then arranged it on the foil-covered base and used a gold powder on the raw clay.


After the cage was out of the oven and cooled (it is REALLY pliable while warm), I took off the cage and covered the base with a red micro-fiber.  I used a hot glue gun to attach it and approached it like an upholstery project. 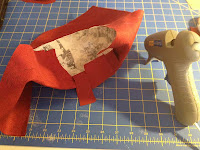 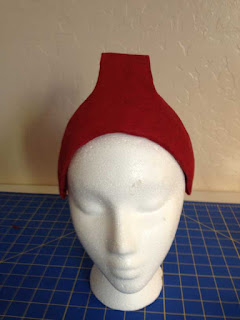 I glued the cage on upholstered base and then used a matte Sculpey gloss to set the metallic powder.

For the post-like structures, I ran the Sculpey through a pasta machine and baked it, so I had flat sheets to cut into strips.  I glued the strips to the fabric to make boxes, then glued the boxes to the sides of the middle section.  I had to cut the bottom of the posts at an angle to make them fit on without gaps. 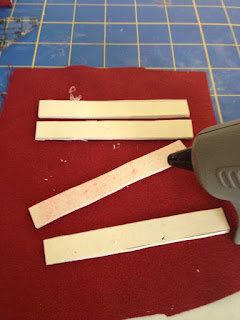 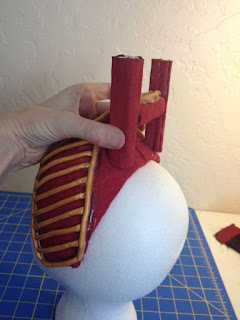 Now for the crescent shaped wings.  After several test muslins, I got a working pattern and cut out four pieces of fabric.  I sewed the right sides together, clipped, notched and then stuffed each one.  I sewed the ends closed. 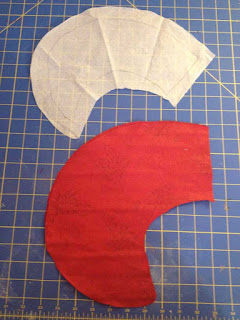 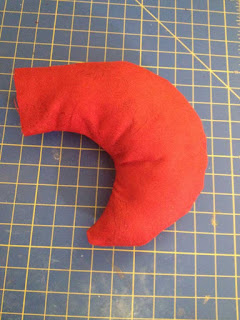 The hardest part of this was figuring out how to attach the hair to wrap around the crescents.  It was a lot of trial and error.  In the end, I cut the hair from a wig into sections and glued it into fabric strips using obscene amount of hot glue.  After it was cooled, I shoved the strips into a slit in the crescent.  One of the tricks is to make the hair strips the right length so that you don't have to shove too much hair into the crescent. 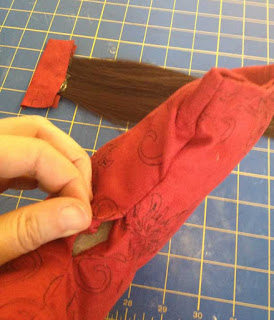 Lesson of the week: Hot glue it hot.  You can see one of the blisters on my index finger in the photo above.  I am sad to report I had to learn that lesson on three different fingers.

After both ends were in the slots, I used another obscene amount of hot glue to close the slit.I also used spray adhesive to tack down any stray hairs. 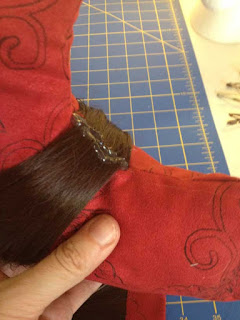 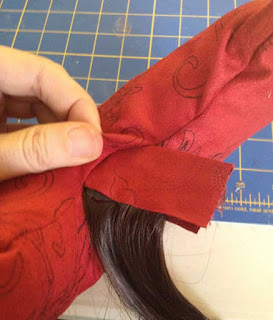 Last, I hot glued the top of the crescents to the posts and sewed the bottom parts to the fabric on bottom of the base for support.  I think it would rip off of the posts if it had to rely on that for the only support.

Here is the finished headdress.  If I had it to do again, I would put more hair on it, but I didn't have another wig, so it doesn't have as much as I would like. 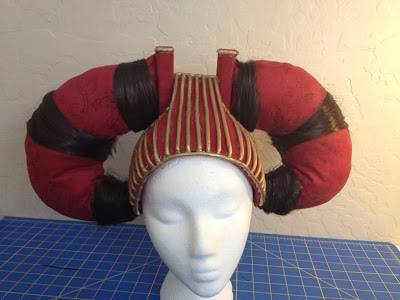