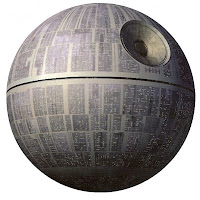 After many weeks of waiting for layer after layer of paper mache and paint to dry, I have finished the Death Star.  It took about 10 pounds of white flour, two Sunday newspapers, a roll of wallpaper, 20 sheets of grey foam and about 1/4 gallon of grey paint, but it is done.  It is going to be used in the Halloween celebration at my office.  I made 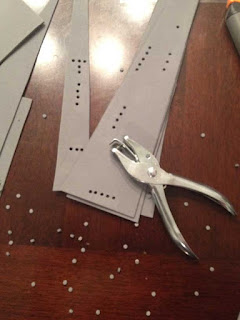 I did about 5 layers of paper mache with newspaper, then one with wallpaper, and another couple of layers of newspaper.


After painting it grey with matte wall paint, I cut pieces of craft foam and punched holes in them to mimic windows.

I drew lines around the ball at different points.  I used a string with two knots to do this.  One end had a push-pin pinned to a spot on the ball, the other had a pencil.  It worked like a giant compass. 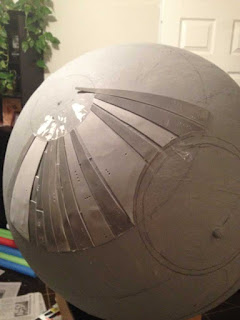 Then, I glued on the foam pieces, making sure to make them wider at the center of the ball, where the width of the ball is the greatest.

For the indentation, I used a plastic bowl to trace a circle onto the Death Star, then cut a hole in the Death Star with a dremmel that was slightly smaller than the bowl. I removed the beach ball through the hole, then placed a spray-painted plastic bowl in the hole. 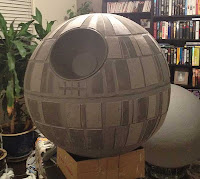 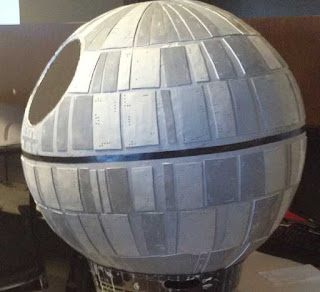 I drilled holes into the ball where the holes are punched in the foam, then put a string of white Christmas lights in the ball and put a line of black electrical tape around the center.


Next,  I made an armature out of clothes hangers and foam to support the weight of the ball evenly and cut holes at the top.

Here it is all finished and hanging at the office with the lights. 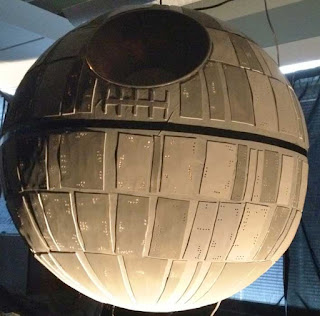