This post only slightly has to do with sewing... I am in the middle of making a dress for a wedding I am going to, but nothing is ready quite yet.

I listen to a lot of podcasts while I am sewing, walking or stuck in my commute.  When in traffic, they help me avoid road rage.  When sewing or crafting, they keep me entertained without having to stare at a TV screen.  I thought maybe some of you might enjoy the recommendations, too.

Here my top eleven favorite podcasts. Some are new, some new to me and some old favorites. I don't get anything for plugging these, I just thought that I would pass them on because I love them and maybe you will love them, too. 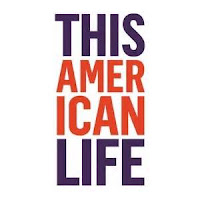 1. This American Life
..because it HAS to start with this podcast.  For me, this is the one that started it all.  I can't tell you how much I love this show. It is hosted by Ira Glass and features stories with a human spin.  Each week has a theme.
If you buy their app for a ridiculously cheap sum of money, you have access to every single show they have put out.  It is years worth of quality shows for pennies an episode.  I bought it and love it. 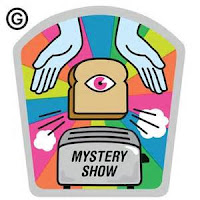 2. Mystery Show
I just found this one and have only listened to a few episodes.  Starlee Kine (of This American Life fame) hosts and solves a mystery that "can't be solved by just googling".  You will think this is charming if you think Starlee Kine is charming, which I do.  The shows are quirky and funny. 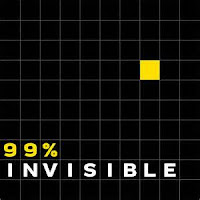 3. 99% Invisible
This is hosted by the silky-voiced Roman Mars and is about design and architecture. That subject has the potential to be really boring and textbookish, but it is anything but. They delve into the personal stories of the design, the designers and how things have ended up the way they are.  One of my favorite episodes is the affection that people have developed for the carpet at the Portland airport.  Another is the history of "la noyée de la Seine" death mask and how it became the CPR dummy face.  This is highly entertaining. Other favorite episodes: La Mascotte, There is a Light That Never Goes Out, Guerrilla Public Service. 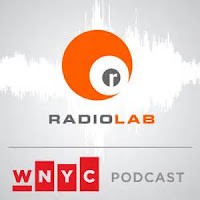 4. Radio Lab
At its core, this is a show about science, scientific breakthroughs, oddities and complicated concepts broken down and explained in a very amusing way.  The two hosts have different theistic views and get into a couple of friendly debates about philosophy that are interesting.  They are the kind of debates you wish people would have instead of just name-calling.  But it isn't all debate.  In fact, it is mostly about science.  Some of my favorite episodes: American Football, Galapagos, Patient Zero.
5. The Memory Palace
I just started listening to this one and can't believe I didn't find it sooner.  It is another story-telling podcast and it is done really well.  I have only listened to a few episodes, but am excited to see there are lots of episodes in the feed available.  Finding this podcast was kind of like reading an awesome book, only to find out it is first in a series of eight.  I am looking forward to digging in. 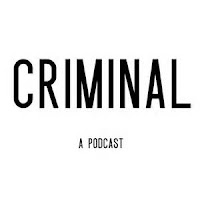 6. Criminal
I gobbled up all available episodes in record time.  Each episode tells the story of a true crime and it is riveting.  Hosted by Phoebe Judge.  Nobody talks about how a host for a crime show has the last name Judge, but they should.  I love everything about this show.  I just wish there were more of it. Favorite episodes:  Gil from London, I'm About to Save Your Life, Pants on Fire 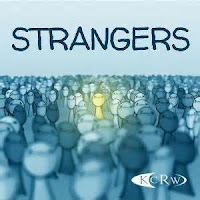 7. Strangers
Hosted by Lea Thau, these are stories of how strangers become involved in each others lives.  I listened to all the episodes in a weekend.  Lea Thau really opens up in these stories and some are deeply personal, yet relatable. Her voice isn't like the voices you normally hear on the radio.  It took me a little getting used to, but I did soon enough.  Favorite episodes: Adrian's Race, Kenna Fisher, Two Men and a Baby. 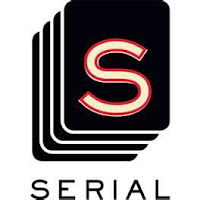 8. Serial
This is the story of a murder, the accused murderer and the case itself.  It is hosted by another This American Life alum,  Sara Koenig.  When it was running, I waited for the day it came out and listened right away.  Listen to these in order.  It is on hiatus for now but will come back. 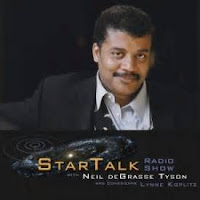 9. StarTalk Radio
It's Neil DeGrasse Tyson's podcast.  Smart people talking about science.  The theme music is super annoying and surprisingly long, but when you get past it, the smart people are funny and this is entertaining.  Plus, you will learn stuff to make you seem smarter than you are at dinner parties.  I loved the episode featuring Elon Musk.

10. Pop Culture Happy Hour
This show would be what it would feel if like all my best friends and I were suddenly really witty and swore less.  A lot less. This podcast took a couple of episodes to get to know the hosts, but it didn't take long to love them.  I especially like the segment at the end of each episode "Whats making me  happy".  They are gifted at talking about shows, movies and books without giving away spoilers that would ruin them.  It feels like a wine and cheese party with people cooler than I am, but somehow they invite me to the party, anyway. 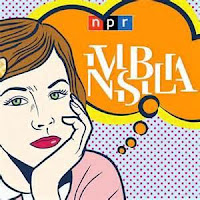 11. Invisibilia
This started in December, then took a break in February.  Allegedly, it will come back again soon.   It is hosted by Lulu Miller (of RadioLab) and Alix Spiegel, (of This American Life) who have incredibly similar sounding voices.  They are aware of it and make light of it.  By the end, I think I could tell the difference between the two.  Probably. I can't wait for it to come back, but in the meantime, all of the previous episodes are available for listening.
Enjoy!  Do you have any podcasts that you would add to the list?